The release date, the characters that will return, how the story will continue, the first trailers… We tell you all the details of the sequel.

Yes, the magical fairies of ‘Destiny: The Winx Saga’ will return in a second season, as confirmed by Netflix, and we can’t wait to see what the future holds after that intense finale. The first season of the series was a success on the platform streaming thanks to its mix of Young Adult fantastic in the purest style Harry Potter or ‘Vampire Academy’.

Based on the iconic animated series created by Iginio Straffi, this series has built its own story: We follow Bloom (Abigail Cowen), a young woman who discovers that she has the power to generate fire and is accepted into the Alfea academy, a study center in a magical world whose existence is secret from mortals. There she will not only learn to control her powers, but also find the truth about her past and meet friends for life: Aisha (Precious Mustapha), who controls water, Musa (Elisha Applebaum), who can read other people’s emotions. , Terra (Eliot Salt), who works with the earthly elements, and Stella (Hannah van der Westhuysen), who is capable of generating light.

As Cowan said in buzzfeed: “It’s crazy to see people respond so, so well to something you put so much into and it’s a project that’s so close to your heart.. Before the premiere it’s kind of stressful, then when it comes out and you have this kind of response, it’s a really wonderful feeling.”

Now it’s time to think about the second season of ‘Destiny: The Winx Saga’. How will the story continue after the cliffhanger with which the first season ended? When will it premiere on Netflix? Who will return and who will not to the cast? What do the first official images look like? All that and more in this constantly updated topic.

There was no doubt, at least on a narrative level, that ‘Destiny: The Winx Saga’ was going to have a second season. It would have been very cruel for the fans not to. And Netflix did not take long to confirm it, also extending the duration of the next season: according to Variety, there will be two episodes over an hour. In other words, season 2 will be made up of eight episodes, eight new hours to explore the characters we already know and the problems that have arisen for them.

The question now is: when will this sequel come to Netflix? Everything indicates that we will have to wait until the end of 2022, maybe even the beginning of 2023. Hopefully, it will follow the usual model of the platform and will be at the beginning of the year, coinciding with the premiere dates of the first season.

For those who don’t know yet,”Fate: The Winx Saga” has already been RENEWED for a second season. So the story is sure to continue! #FateTheWinxSaga pic.twitter.com/Sx9MqdRWvJ

“The six episodes of the first season only scratched the surface of this incredibly rich world and the powerful fairies that inhabit it.. As Bloom’s story continues to evolve, I can’t wait for fans to learn more about Aisha, Stella, Terra, and Musa! And you never know who’s going to be at Alfea next term…” said Brian Young, showrunner of the series, in a statement following the announcement of the renewal.

It is clear who we have to wait for in the cast of the second season of ‘Destiny: The Winx Saga’: abigail cowen like Bloom, Precious Mustapha like Aisha, Elisha Applebaum like muse, Elliot Salt as Earth, and Hannah van der Westhuysen like Stella. In addition to the protagonists, we await the return of other students from the Alfea academy, such as Sky (Danny Griffin), Sam (Jacob Dudmann), River (freddie thorp), Beatrix (Sadie Soverall) and Dane (Theo Graham). 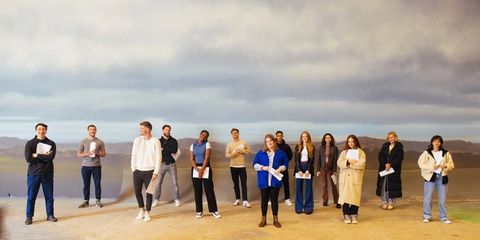 We will also see the adults of history return, such as Saúl Silva (Rob James Collier), Harvey (Alex McQueen) and the bad? of history, the reborn Rosalind (Lesley Sharp), as well as Andreas (Ken Duken), Sky’s father who was thought dead and has now reappeared. The one we don’t expect, though we never rule anything out, is director Farrah Dowling (Eve Best), who was killed off in the final episode of the first season. Will it give us any surprise?

Among the new faces there is a surprise: Flora is back! The character, one of the main characters of the beloved animated series and known as the Latin fairy, was exchanged in the Netflix series for Terra. Following accusations of whitewashing on the part of the fans, it seems that they have backed down and the fairy will join the second season played by Paulina Chávez. So are the first images of the actress in the role:

Paulina Chávez will be Flora in the second season of ‘Destiny: The Winx Saga’. Welcome to the family 🌼 #GeekedWeek pic.twitter.com/ekqKzQ6zRh

Along with her are also incorporated Brandon Grace like Gray and Eanna Hardwicke as Sebastian, although at the moment there are no more details about his characters and how they fit into the story. 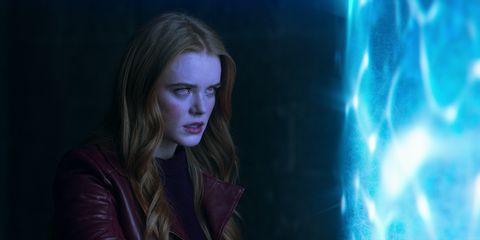 As we have already said, the story stopped at a very interesting moment at the end of the first season. Rosalind was freed by Bloom, who did not know the terrible consequences that this would have for the magical world of which she is now a part.. And it is that the story they told him may not be entirely true. Now, she is in charge of Alfea, Professor Silva has been arrested for the attempted murder of Andreas, Sky’s father, who was left for dead but is alive and well.

This change of power in Alfea will not be received with submission, of that we are sure. The students, led by the protagonists, will rise up against this new ‘government’, but what will that imply? And who will win in this battle? What we know is that Bloom will be keyWell, we still don’t know what’s behind her story, what the truth is about her parents and her past, and why Rosalind wanted to test her powers with the Burned Ones. And it is that, as we saw, Bloom is able to access a magic that was thought lost, and that is why he has become a fairy to follow closely.

There will certainly be plenty to explore in the upcoming season. For example: “I hope, in general, to see the girls get more out of their powers. Maybe even come together to conquer a force. I look forward to seeing how Bloom and Sky’s relationship builds and progresses. For Bloom specifically, I hope it will be become more and more the best version of herself and her confidence. I want to see her as she is, that she begins to show herself as she is. And Flora, I want to see Flora! “Cowan said in buzzfeed.

At the moment we do not have any official image, but we will be attentive to collect all the news. To make the wait more enjoyable, here is the trailer for the first season:

HPI on TF1: Morgan and Karadek finally as a couple? The first information about the third season was released

From a Vegas wedding to counseling visits: 10 films and series about divorce

On Disney+ from July 1 to 7: Sex Pistols like you’ve never seen them before!