Chris Hemsworth could say goodbye to the Marvel Universe with ‘Thor: Love and Thunder’, we review the clues we have to confirm its continuity.

After the success in theaters of ‘Doctor Strange in the Multiverse of Madness‘ (Sam Raimi, 2022), it’s time to focus on the next releases of Phase 4 of the Cinematic Universe Marvel . In June we began to know the powers of Iman Vellani as Kamala Khan in the series ‘Ms Marvel‘ and in July, again on the big screen, we’ll see if there’s a hammer blow to Jane Foster in ‘Thor: Love and Thunder‘.

As we review the ranking of Marvel movies, we began to worry about the continuity of the irreplaceable Chris Hemsworth in the franchise that made him a star. Present in the saga since ‘Thor’ (Kenneth Branagh, 2011), he continued to expand the powers of his character in ‘The Avengers’ (Joss Whedon, 2012), ‘Thor: The Dark World’ (Alan Taylor, 2013) and ‘Avengers : The Age of Ultron’ (Joss Whedon, 2015) for, finally, find your tone in ‘Thor: Ragnarok’ (Taika Waititi, 2017) and exploit it in ‘Avengers: Infinity War’ (Anthony Russo, Joe Russo, 2018), ‘Avengers: Endgame’ (Anthony Russo, Joe Russo, 2019) and, now, ‘Thor: Love and Thunder’ (Taika Waititi, 2022) .

With Robert Downey Jr., Chris Evans, Mark Ruffalo, Scarlett Johansson and Jeremy Renner close to leaving the heroic gameHemsworth is the only one who seemed to extend his stay sine die but, after this new premiere, his end could be closer than it seems.

“The last one I just shot is ‘Thor: Love and Thunder’ and it may be the last one, I don’t know.“, commented the actor in statements published by Insider. “I’ve played that character for 10 or 11 years and each time it’s been new and exciting, and this one was no exception. It felt very fresh, it felt like we were trying something we hadn’t tried before. It’s, in Taika’s words, a wild and wacky romantic comedy set in space.” 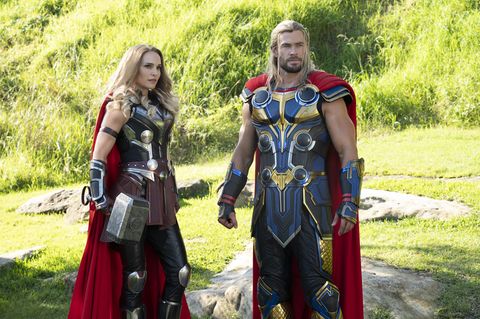 The return of the character Natalie Portman, now turned into Mighty Thor Jane Fostercould be both a relief and a closure to match the relationship they had during the first two installments and, if they opted for the first option, good Thor could deliver his hammer definitively and retire to enjoy a well-deserved rest. .

On the other hand, is this the best time to say goodbye to Chris Hemsworth? Now that he has managed to find the sweetest spot of his character, as almighty as he is goofy and clueless, it seems strange to understand that Disney and Marvel want to get rid of such an interesting asset.

It is true that Hemsworth’s rising career makes his contracts budgetary complicatednot to mention the complexity of continuing to find dates between the complex calendars of the company and that of the interpreter, who is currently preparing for the filming of ‘Furiosa’ (George Miller, 2024), a direct sequel to ‘Mad Max: Furia on the road’ (George Miller, 2015).

Taking all this into account, the obvious conclusion is that there may not be too many adventures left for Hemsworth as the God of Thunder, but without a doubt, “Thor will return” after ‘Thor: Love and Thunder’. 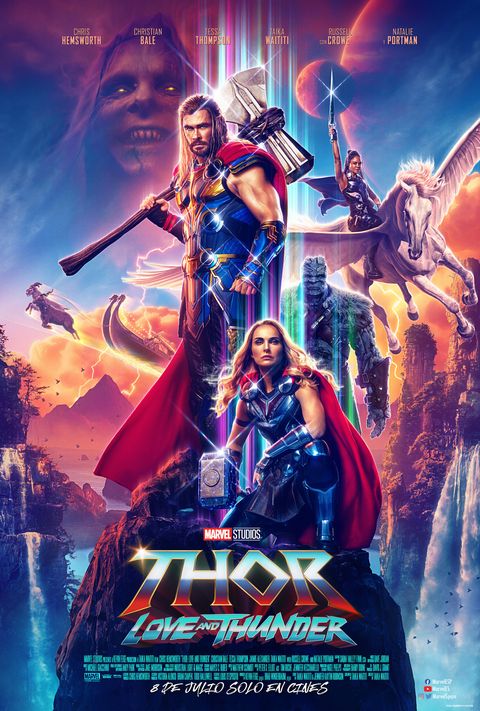