We review everything we know about the return of Kevin Smith’s iconic characters in the long-awaited ‘Clerks III’, will he live up to the legend?

we review everything we know about Kevin Smith’s ‘Clerks III’, to show that his ‘View Askewniverse’ is more alive than ever. Like the same.

“Before the heart attack, it was too dangerous because you’re always supposed to advance your career. After the heart attack, as far as I was concerned, he was dead. I died on that table”, acknowledged Smith in an interview published in Collider. “I feel like I’m living on borrowed time. From that moment I began to play with the money from the house”.

“I’m going to lean on things that matter to me deeply,” he says. “I didn’t do as many View Askew movies as I wanted because I remember reading on the internet that people were like, ‘ugh, he’s doing another one of those interconnected movies.’ In the end, I was ashamed of it. I don’t care now. If I can do ‘Clerks 19,’ I will do it.”

But it’s better to go in parts and focus on the one that’s playing now and on everything we already know about the upcoming ‘Clerks III’.

We trust that Lionsgate decides to expand its distribution but, for now, good old Kevin Smith is the one who has closed the appointment for the first 19 cities in which ‘Clerks III’ will be released in September.

In addition, he has promised a second batch of dates that he will announce at Comic-Con International from July 21 to 24.

This model of guerrilla releases has been the trend of Kevin Smith’s films since the initial tour of the brilliant ‘Red State’ (2011).

The plot of ‘Clerks III’ will return us to Randal who, after suffering a heart attack, try to enlist the help of Dante, Elias, Becky, Jay and Silent Bob to make a movie about the grocery store where it all started.

On his return to the throbbing world, he’s already back to his old ways with Jay and Silent Bob: The Reboot (2019) and drafts of ‘Mallrats 2’ and ‘Clerks III’ began to pile up on his desk. You are in time to catch up.

Written, directed and edited by Smith, the filmmaker commented that he wanted the soundtrack was composed by Gerard Way, vocalist of My Chemical Romanceauthor of the comic on which the successful ‘The Umbrella Academy’ is based and, of course, from New Jersey.

“I don’t know if he’ll be able to compose it, it depends on the weather,” admits Smith. “I told him I wanted him to do the whole soundtrack, and he was like, ‘My God, I’m flattered.’ He’s a fan, and he’s a Jersey boy too. I said, ‘Look, if you can’t do the whole movie, at least I need ‘Welcome to the Black Parade’ as my opening theme. And he said, ‘You got it. Done and done.’”

The trailer for ‘Clerks III’, as Kevin Smith himself has announced, will arrive on july 6.

“The trailer for ‘Clerks III’ will premiere on Wednesday, July 6. Get your first look at the return of Dante, Randal, Elias, Becky, Jay and Silent Bob, and get your tickets to one of the first 19 cities to that I will bring the film in September”. 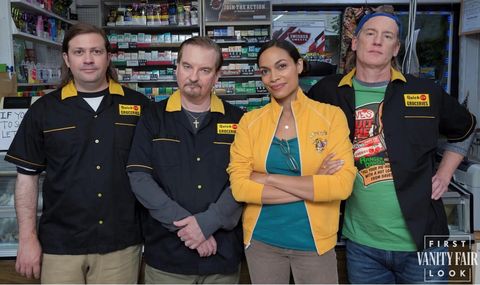 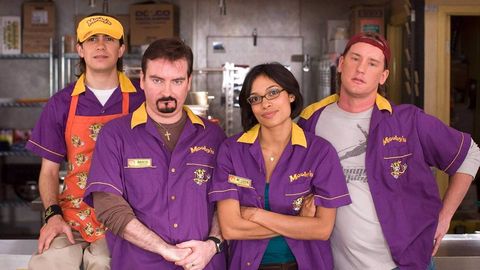 We already have here First teaser poster for ‘Clerks III’. 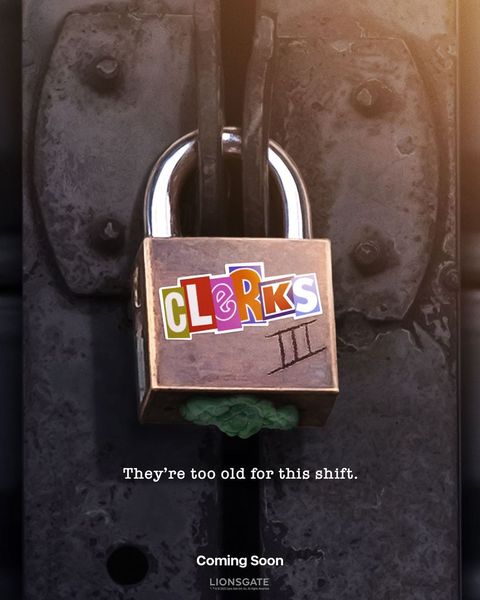