The villain of ‘Avatar 2’ that we all expected

Death is just the beginning, at least that’s what it seems for Quaritch, Stephen Lang’s villain who returns in clone form in ‘Avatar: The sense of water’.

In ‘Avatar: The sense of water’ Sam Worthington will return as Jake Sully, Zoe Saldana as Neytiri, and Sigourney Weaver as Dr. Grace Augustine. but, if there is a surprising return, it is that of Stephen Lang as General Miles Quaritch, the villain from the first installment.

As Disney+ rearranged its schedule over and over again, the images from Pandora continue to give long teeth to the enthusiastic patients of ‘Avatar’ (James Cameron, 2009), a fandom that has been waiting for more than a decade for its universe to expand but, when it begins to happen, they will receive a quadruple ration and now they have a villain to fear. Again.

“It’s bigger, it’s bluer and it’s pissed off,” Lang explains to Empire Magazine alongside this first image of Quaritch as an avatar clone. “Possibly includes some more humility. When you take two Na’vi arrows to the chest, that’s going to have some sort of effect on you.”

Stephen Lang knew how to bring to James Cameron’s film the cartoonish demeanor necessary to act as the antagonist of the story but, from what he himself tells, it may surprise more than one in ‘Avatar: The sense of water’ and its sequels.

“It is very satisfying to know that the character was valued enough and made the necessary impression for James Cameron to say: ‘we are not done with him yet,’” the interpreter commented to The National. “It was a wonderful thing for me. Really, my job is to uphold the role that I’m playing, so it’s satisfying to have a lot more time to discover Quaritch, find out what motivates him, talk about him, and hopefully defy people’s expectations of the character for me. create new. I’m now working with a much broader canvas than I did with the first Avatar, and it keeps me in touch with James Cameron to go down into the mud and examine the character in detail. That, to me, is absolutely satisfying and challenging.” 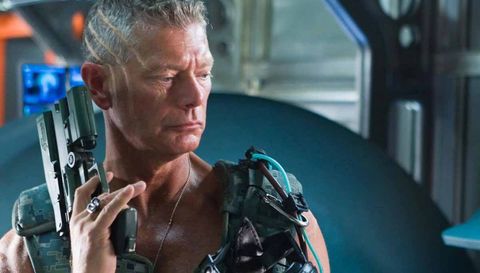 All this would be very good if it weren’t for the fact that in the ‘Avatar’ initiative we watched quaritch die. And not only him, but Dr. Grace Augustine, the character played by Sigourney Weaver, will also return in the four announced sequels, regardless of the fate of her role in the plot known so far.

The key to understanding his return could be in one of theThe additional scenes that could only be seen in one of the later montages signed by Cameron and that included a prologue in which Jake heard a news story about how a Beijing zoo had managed to clone an extinct Bengal tiger.

A corporation like the Resources Development Administration could keep copies of the DNA of its workers, especially its director of security, so the future Quaritch that the protagonists will face are nothing more than clones of the original (if that is the one we saw in the first film was).